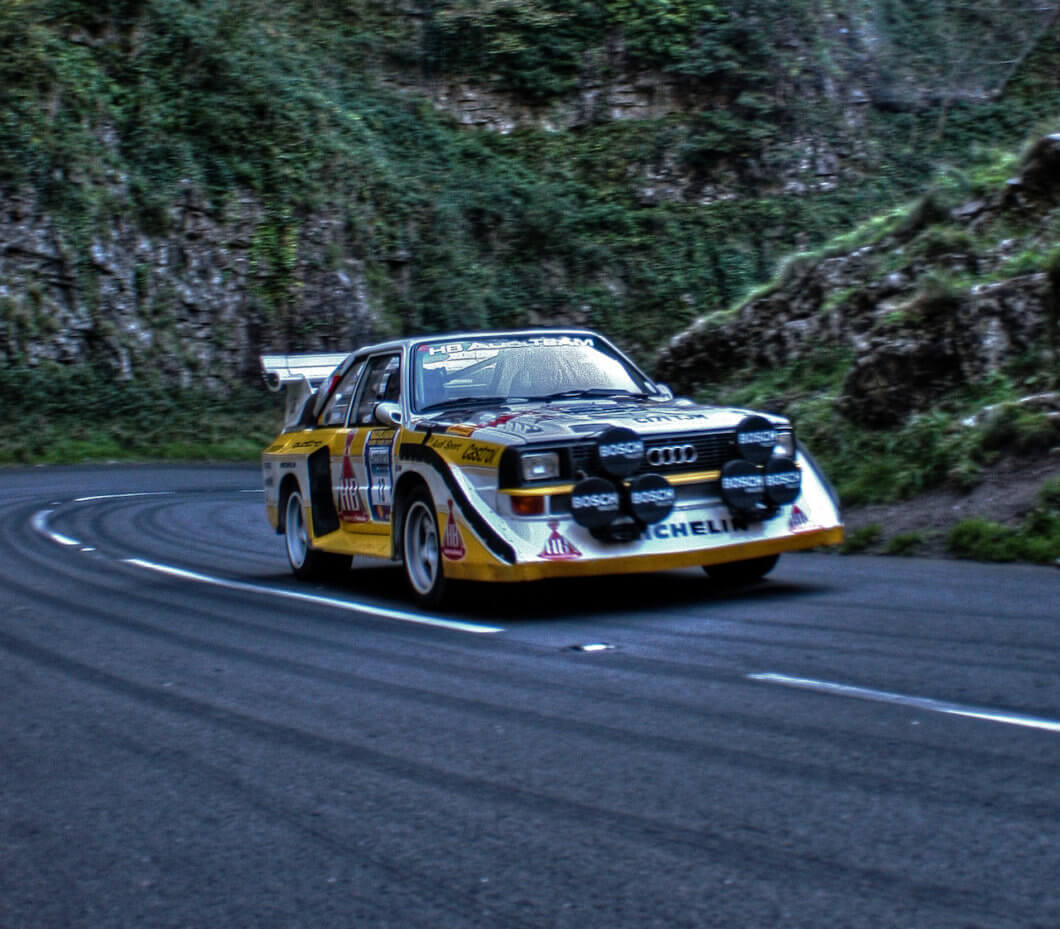 Back for a second year, UK’s rally recreation tour brings another selection of fantastic period rally cars to its new start venue, Bath Racecourse, on Friday 18th October. Once again our selection of star drivers join us on the event – Rauno Altonen who will be driving the car that he had a lot do with creating in the early 1980s, the Manta 400; Anthony Reid, former BTCC Champion who also finished third at Le Mans.

Plus returning for a second year, Rosemary Smith who will drive an ex-works Alpine A110 which has just been completed after a multi-year restoration. In addition, the late Roger Clark’s winning co-driver from 1976 in Bath, Stuart Pegg, will co-drive in a period Ford Escort Mk2. More star drivers will be announced in the coming days.

Our new route initially follows that of the 1986 Lombard RAC Rally, going to Badminton House and then Cirencester Park, recreating the period stages. Cirencester Park will be the first spectator point with two runs there, catering and amusements available, with a commentary from Graham Robson and driver interviews. The first car will arrive at 10.00 a.m. and the cars will be at Cirencester Park until around 12.30. What a great sight they will be darting through the woods on the narrow tracks not used for over thirty years.

The cars will then wend their way through the roads of Gloucestershire, visiting two Passage Controls including one at the old Lombard favourite, the Aust Services at the original Severn Bridge.

Lunch will follow at the Celtic Manor Resort on the edge of Newport, before visiting three stages in the South Wales Valleys during the afternoon – including the easily accessible Parc Bryn Bach near Tredegar.

That leads the cars to what may well be the jewel in the day’s route – an all tarmac almost 3 mile run through the grounds of the Celtic Manor Resort which includes the Wales Rally GB stage used a few years ago.

This will be tackled by the first car at 5.45p.m. so dusk will be falling – quite a spectacle for the many spectators likely to be attracted to the venue. A special spectator point for a limited number will be at the 2010 Golf Clubhouse, from where much of the stage can be viewed and the cars will pass right outside.

On Saturday evening, the Lombard Rally Bath dinner will be held at the Celtic Manor Resort and entrants will be joined by a special Castrol-Autosport championship reunion, hosted by it’s first organiser, John Foden. Great stories will undoubtedly be swapped at length. Those entrants who wish to, can then take part in a short second day’s loop of stages at a nearby Army Base before returning to Celtic Manor for a late lunch. 2018 Entrants all agreed ‘just like a rally but without the pressure’ when describing Lombard Rally Bath.

More details can be found on the Lombard Rally Bath website.