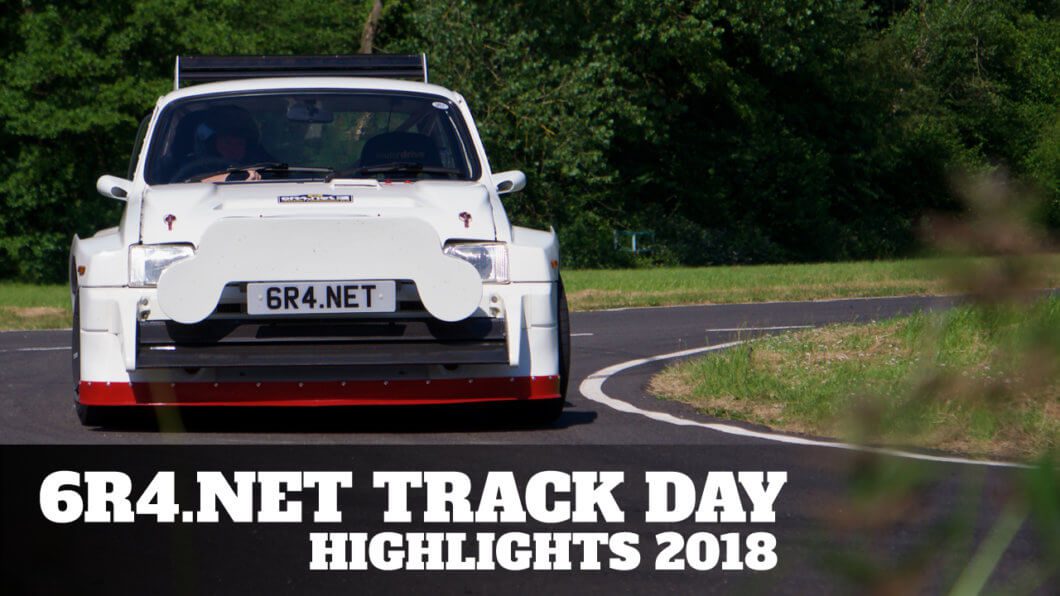 Back in June Take to the Road got a very special invite to attend the 6R4.net private Track Day at Curborough Sprint Course. Having had a passenger ride in club co-founder Dan Ellmore’s Metro 6R4 in Italy last year, the aim of the day was to catch up with Dan and his car. You see when we were on the run at the 2017 Best of Italy Race, the Metro’s clutch failed, so it couldn’t be driven flat out. It was a pity that happened but I still loved it. Dan understandably wasn’t happy the clutch went and promised to make it up to me at the club track day.

Unfortunately Dan’s Metro couldn’t make it to the Curborough Sprint Course for the club track day. A recent restoration meant a few important final jobs didn’t get finished in time. It was a shame Take to the Road wasn’t reunited with the Ellmore Group Metro 6R4, but not to worry, there will be another event in the near future! So watch this space!

The Curborough Sprint Course is a fantastic little circuit in the middle of the countryside north of Birmingham. It is a tranquil spot surrounded by fields and woodland. But that peace and quiet was soon broken by the sound of mighty race tuned engines and the screech of tyres on hot tarmac. All thanks to the wonderful machines gathered together by the 6R4.net club.

The selection of cars that turned up on the day was a Group B Rally Car fans dream! A wonderful slice of historic rally metal that would have had rally fans jumping around and almost getting run over. Like they did in the hey day of Group B rallying.

The club had a strong representation at the event with over ten Metro 6R4’s in attendance. The selection represented lots of variations of the pocket rocket and all of them looked pretty intimidating as they sat in the paddock, waiting to be unleashed on the track.

What struck me most about this track day, apart from the glorious engine noises that emanated from the track, was the fact that the 6R4.net track day was inclusive. This wasn’t an event that snubbed it’s nose at none MG Metro cars. The club welcomed other rally cars, helping to recreate the fantastic rivalry that would have been found in the pit lanes and the gravel stages of the 1980s.

This time round there were no world title to be won. Instead the atmosphere in the pit land at Curborough Sprint Course was buzzed with collective excitement and passion. Excitement from the lucky fan who got an invite to the track day. And the passion of the owners whose dedication keeps these wonderful icons on the road and track. Plus it was a good excuse to drive fast, cock some wheels in the air, burn some rubber and have lots of fun. Can’t complain about that!