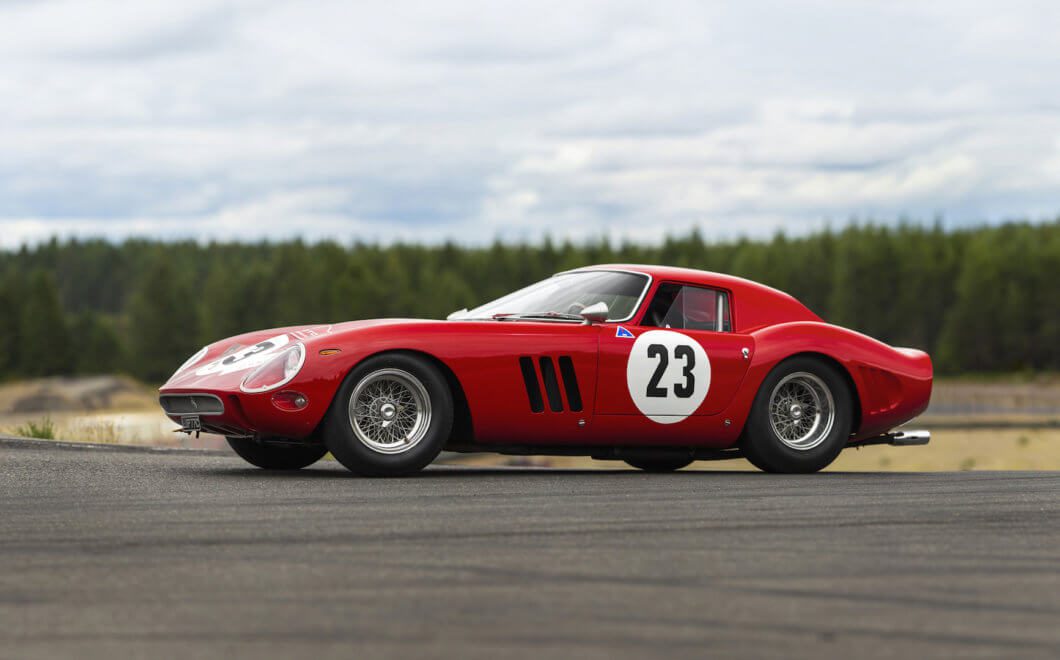 The 250 GTO championed RM Sotheby’s most historic Monterey offering to date. Which resulted in an overall total of $157,931,940 – one of the company’s all-time top performances, the highest grossing auction of Monterey Car Week, and a near 19 percent increase over 2017 results at the same venue.

RM Sotheby’s Monterey auction drew considerable international interest in the months leading up to the event, welcoming bidders from 37 countries and seeing 83 percent of all cars offered find new homes. The collector car world flocked to Monterey to witness the momentous lineup in person, with more than 90 percent of bidders present at the preview and in the packed room, despite remote bidding options.

The thrilling two-day sale was led by the remarkable 1962 Ferrari 250 GTO. Chassis no. 3413 GT, one of only thirty six GTo’s built, is long considered to be the ‘holy grail’ of the collector car world. It was offered from two decades in the collection of noted businessman, Ferrari enthusiast, and vintage racing driver Dr. Gregory Whitten.

This Ferrari 250 GTO finished 1st in class at the 1963 Targa Florio, driven by Gianni Bulgari and Maurizio Grana. It was a key contributor to Ferrari’s victory in the 1964 International Championship for GT Manufacturers with its class win in the 1964 Targa Florio. It finished 1st in class at the 1964 Targo Florio, driven by Corrado Ferlaino and Luigi Taramazzo. And it achieved over 15 class and overall wins during the 1962–1965 seasons.

There were cheers and applause when five-time Le Mans winner Derek Bell stepped out of the 250 GTO, after driving it across the auction block in front of an overflowing salesroom. This was followed by gasps as auctioneer Maarten ten Holder opened the bidding at the unprecedented level of $35 million.

Three collectors bidding via telephone competed for the car, sometimes moving in million-dollar increments before it sold for a final $48,405,000 after nearly ten minutes. It is the most valuable car ever sold at auction and exceeds the previous record by more than $10 million.

“The appearance of any one of the Ferrari 250 GTO, Aston Martin DP215, Ford GT40, or McLaren F1 and Ferrari 275 P on the Private Sales stand would be a major event, but to have them all together at Monterey this weekend was nothing short of historic,” said Kenneth Ahn, President, RM Sotheby’s, following the auction.

“We are deeply appreciative of our clients who have entrusted RM Sotheby’s to offer some of the most significant motor cars to ever come to market, and equally grateful to our clients, enthusiasts, and media who traveled from all over the world to attend our sale.

There was an unprecedented value of cars offered on the Monterey Peninsula this year, and it was very encouraging to see the level of strong demand across a broad range of great cars – a sign of strength that is very positive for our clients as well as the larger collector automobile market.”

The full results of the Monterey weekend sale can be found on RM Sotheby’s website.

Help Support Take to the Road and Independent Bookshops by ordering this Ferrari 250 GT book from Bookshop.org