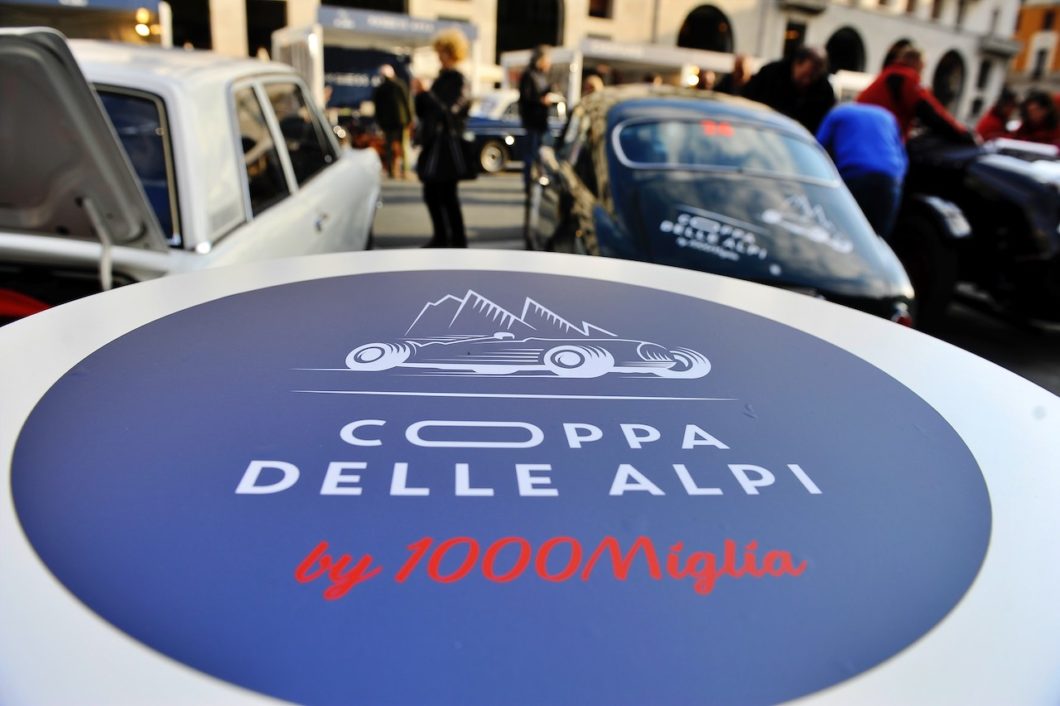 The Coppa delle Alpi 2022, the winter regularity race for historic cars organised by 1000 Miglia Srl, starts today in Brescia, Italy, and will run from the from 9th to 12th March.

The winter historic rally will be the first race valid for the Italian Great Events Championship 2022, organised by ACI Sport. The cars will follow a route that crosses the unique Alpine arc of Italy, Switzerland and Austria, taking in some amazing Unesco World Heritage Sites.

Entrants taking part will revive the first historic edition which was first held in August 1921. At that time there were five legs and more than 2300 kilometres through mountain passes and crossings. It demonstrated the possibility of reaching places which until then had been considered unreachable in a motor car.

After the first edition by 1000 Miglia in 2019, the re-enactment of the Alpine race will see 54 cars gather at the start with an internationally diverse selection of crews coming not only from Italy, but also from the United States, Israel, Mexico, Germany, Poland, Holland, Belgium and Switzerland.

The uniqueness of the 2022 Coppa delle Alpi race can be seen in the numbers, which will challenge both crews and their cars over the four days. There will be a total of 11 Time Controls, 5 Passage Controls, 70 Time Trials and 65 secret Average Detections along a route of over 1000 kilometres.

Groups of trials along the route will award the BPER Trophy and Trophies named after Bormio, St. Moritz, Seefeld and Bressanone-Brixen.

From a geographical and landscape point of view, the first day of the race will feature Brescia as the starting and finishing point of a scenic loop that will reach Nistisino, Sulzano and Lake Iseo.

On the second day, from the city of the 1000 Miglia, the cars will drive along the western shore of Lake Garda towards the Adamello-Brenta Natural Park, a Unesco heritage site with 48 lakes and the Adamello glacier, one of the largest in Europe. The lunch stop in Fai della Paganella will take the cars towards Val di Non, Val di Sole, the Tonale and Aprica Passes to Bormio for the end of the leg.

On the third day, the cars will drive over the Bernina Pass and through Val Müstair to St. Moritz. Then, after a break in San Valentino alla Muta, they will cross the Resia Pass and continue across the Austrian border to Seefeld in Tirol in the evening.

In the final leg, the crews will cross over the Brenner Pass and through the Pustertal Valley to the foothills of the Dolomites where they will face the last sporting trials before reaching the finish line in Brixen/Bressanone, where the final award ceremony will take place.

The overall winner of the Coppa delle Alpi 2022, plus the winner of each grouping and of the General Classification Average Trials will be guaranteed acceptance to 1000 Miglia 2023.